Leaders Skyy FC will aim to maintain their position at the summit of the zone table when they host New Edubiase United on match day 12 of the Division One League.

The Daboase side will battle the former Premier League side on Sunday as they search of a win to extend their four-game unbeaten run.

Skyy FC last left it late to beat Star Madrid 3-2 on Sunday to stretch their lead to one point richer than second place Bibiani Gold Stars. They lead the table with 25 points from 11 matches with Gold Stars breathing down their neck with 24 points.

They have been absolutely magnificent in their last five outings both at home and on the road as they have picked more points (13) than any other side in the Zone.

On Sunday, they come face to face against one of the experienced sides in Zone two, New Edubiase United, who sit in 4th place with 18 points, 7 points adrift the leaders.

In other games, Gold Stars who are keeping incessant pressure on Skyy FC will host Venomous Vipers at Dun’s park at Bibiani.

Gold Stars have the zones leading scorer, Prince Owusu in their set up and his 10 goals have proved crucial in their fight for Premier League status. The lanky attacker has scored five goals in his last four outings including a brace against All Blacks in Swedru on Sunday.

Third placed Samartex have a tough test against Nzema Kotoko at Sameraboi. Bottom placed Proud United will lock horns with Hasaacas in the Sekondi derby at the Gyandu park.

There are other exciting games to look forward to: 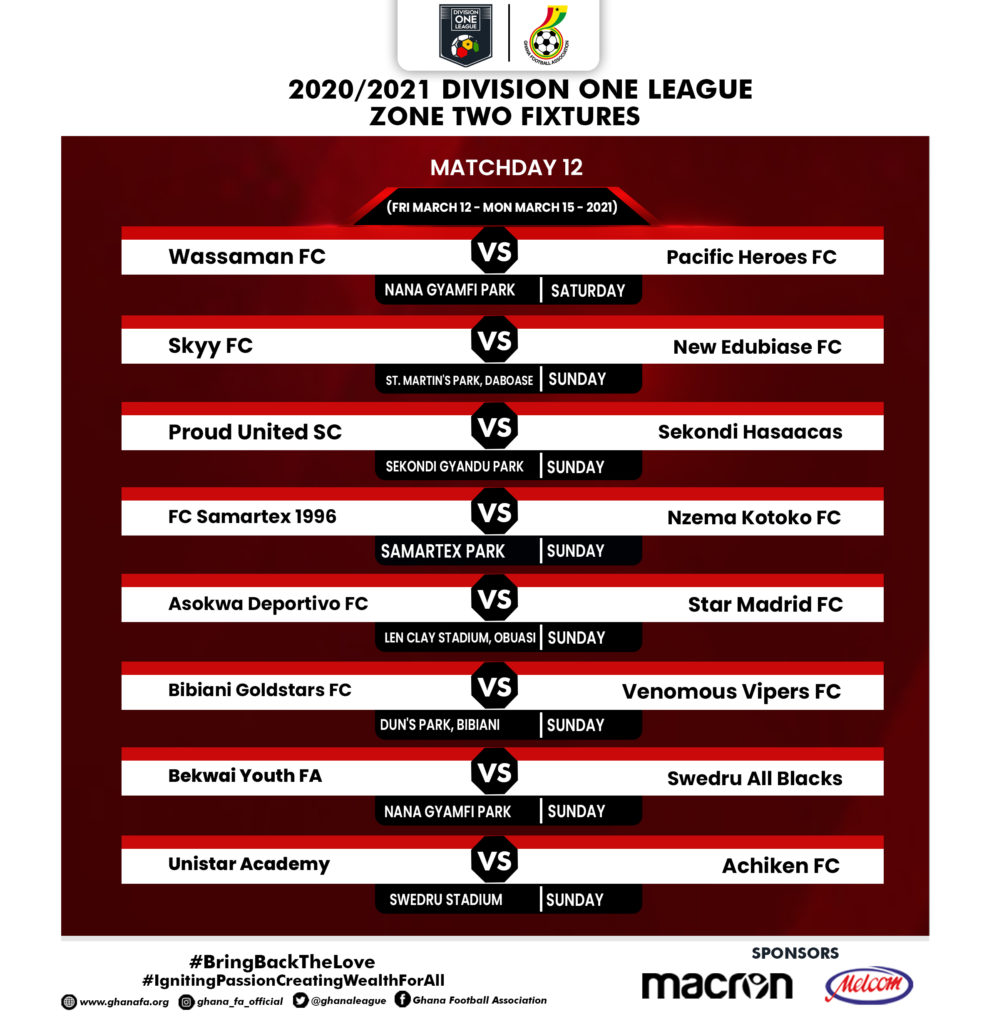 Beyond Goals, How Wild Card Manaf Umar Can Power Accra Hearts Of Oak SC To First League Trophy In Over 10 Years

Beyond Goals, How Wild Card Manaf Umar Can Power Accra Hearts Of Oak SC To First League Trophy In Over 10 Years