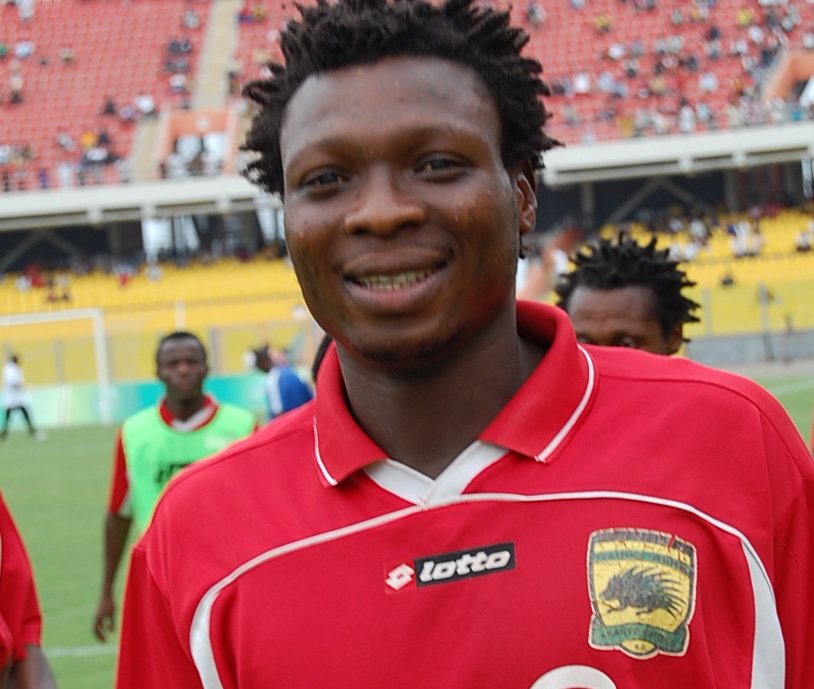 Former B. A United and Asante Kotoko striker, currently Captain for New Edubiase United FC Stephen Manu known as BA, has made a vow to qualify his team to the Ghana Premier League before he hangs his boot.

In a recent interview with Edubiaseman FM, Stephen Manu said, “I can’t complete my season with Edubiase United FC without winning something for the team. I need to win something before I stop and even retires from football. To be honest, there are young ones coming up and we have to make way for them to also continue, but I must set an example for them to come and continue,” the lanky forward said.

As it stands now, New Edubiase are third on the Division One League zone One table with 9 points.