Ivory Coast’s Africa Cup of Nations qualifier with Ethiopia descended into chaos on Tuesday afternoon when the referee collapsed on the pitch.

Ghana’s Charles Bulu was appointed as the center referee to handle the match perfectly.

With Ivory Coast leading 3-1 after 80 minutes, footage shows Charles Bulu being helped by players having seemingly felt unwell towards the end of the game.

Bulu was treated on the pitch before being carried off on a stretcher, with reports suggesting he was taken to a local hospital for tests.

However, the fourth official who took Bulu’s place was unable to take charge for the remainder of the match because he is Ivorian – and could have been accused of bias towards the hosts. 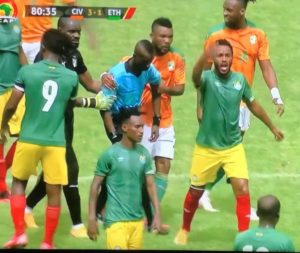 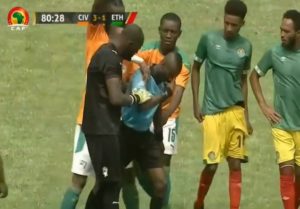 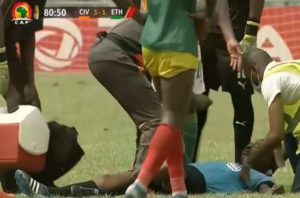